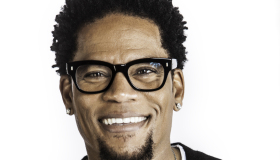 D.L. Hughley is one of the most popular and highly recognized standup comedians on the road today has also made quite an impression in the television, film and radio arenas.  First and foremost a standup comedian, he stars in his 5th stand-up comedy special “Reset” which is currently airing on Showtime.  In addition, D.L’s first humorous book title, I Want You to Shut the F*ck Up, is out in bookstores.  DL also created and starred in the satirical documentary special for Comedy Central “D.L. Hughley: The Endangered List”, which premiered to rave reviews this past October.  The special was honored with the prestigious George Foster Peabody Award in the 72nd Annual Peabody Awards competition, and it was also honored by the Television Academy Honors earlier this year.

Known for being astute and politically savvy in true comedian style, D.L. served as host of his own late night talk show on CNN “D.L. Hughley Breaks the News.” D.L. was mostly recently heard on the New York airwaves, as host of the morning show on WRKS-FM. DL also serves as a weekly contributor to the nationally syndicated radio show,  “The Tom Joyner Morning Show.”

Recently, DL tapped into his playful side and participated in the 16th season of the hit ABC show “Dancing with the Stars,” alongside partner Cheryl Burke.

As the star and producer of his namesake television show that ran on ABC and UPN “The Hughleys,” D.L. is also well known as one of the standout comedians on the hit comedy docu-film The Original Kings of Comedy.  A veteran of numerous talk show appearances D.L. switched the tables in 2005, hosting his own talk show on Comedy Central “Weekends at the DL.”  He is a regular on the late night talk show circuit, including always-memorable appearances on “Real Time with Bill Maher,” and “The Tonight Show with Jay Leno” He is frequently requested as guest host on such shows as, “The View” and “Live with Kelly.”

D.L.’s first love always has been, and always will be, standup comedy.  “From the minute I first walked onstage and picked up a microphone,” he says, “I knew that it was what I was meant to do.”

In August D.L. Hughley signed on to host a weekday radio broadcast.  THE D.L. HUGHLEY SHOW will be a daily themed, music intensive afternoon drive program from 3-7pm ET.

Hughley, ready to take people on a no holds ride of humor and reality in the afternoons, stated, “I’m very excited to get back to radio and it couldn’t have come at a better time.  I think radio fits my sensibility.  I want to be fast, I want to be funny, I want to be topical.  I want to make people laugh a lot and think a little. Some people want to push the envelope – I want to see if I can singe it a little.” 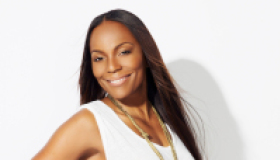 Jasmine Sanders is a rare find in an entertainment world of superficiality and inflated egos.  Fabulous, genuine and beautiful, this down-to-earth diva’s talent is undeniable.  She’s seen weekly in over 20 million households nationwide as a BET/Centric Entertainment Correspondent as well as Co-Host of the network’s lifestyle show, “Culture List”.  She’s also a popular on-air personality at New York’s AC WWFS/Fresh 102.7.  And for three years was recognized as the voice of NYC’s legendary WBLS where she hosted a top rated Midday show.

With over 15 years of experience, Jasmine has been consistently making a name for herself in radio, TV and commercials. Known for her infectious personality and for her knack to make even the most private celebrities feel comfortable, JASMINE has interviewed countless A-listers including Usher, Beyonce, Miguel, Jamie Foxx, LeBron James and Steve Harvey just to name a few. This award-winning broadcast talent is also known as co-host of the formally nationally syndicated “Afternoon Jam Session” with Brian McKnight as well as being a staple on radio stations in other major cities. In her hometown of Nashville, JASMINE earned a Bachelor’s degree in Broadcast Journalism & Political Science. Jasminehas been featured as music expert and pop-culture pundit for Billboard Magazine, WTFV/CBS News Channel 5 and WTVC/ABC News Channel 9.

She has also been seen reporting from red carpet events and conducting one-one major film junket interviews with top names in entertainment.

JASMINE has been featured in Black Radio Exclusive, Urban Radio Nation, AOL’s Black Voices, BV Black Spin, Sister 2 Sister, Black America Web, The Urban Buzz, Fitness Professionals and various other internet/ print publications. She has been the recipient of various career achievement awards including being named at the top of Girl’s Incorporated’s “Most Influential Women” list. She also received the “Executive to Watch” Award from NABFEME (National Association of Black Female Executives in Music & Entertainment). 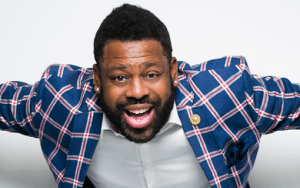 Steve Wilson is one of America’s fastest rising comics. Steve grew up in Buffalo, NY in a house full of women which helped shape his warped comedy style on life, family and relationships. Steve has appeared on several T.V. shows including, B.E.T Comic View, TV One The Comedy Spot, Showtime at the Apollo, ABC’s Samantha Who?  and Comics Unleashed, Comedy Central’s Live at Gotham and VH1’s reality show Let’s Talk about Pep, Headline News CNN’s Showbiz Tonight. He also was the Co-host of the DL Hughley Original radio Show on 98.7 KISS FM in NYC.